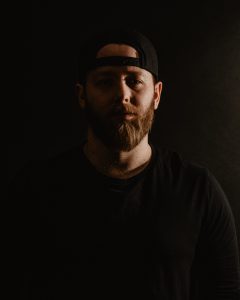 Hi, guys – I’m Joachim André Normannseth. I was born on June 21, 1993, raised and currently living in Tønsberg, Norway. My role in the band is being everyone’s mom in the studio, it feels like it at least. Haha. Even though I’m the youngest and most childish. In all seriousness though, I’m the lead vocalist and guitarist and I take part in composing songs. I don’t have any other side projects, except for having a few solo gigs using my loop station and acoustic guitar covering well known songs. I’m all about Third Season!

ΔHobbies outside of music and hidden talent(s)Δ
I get very easily interested in new things, but the ones I’ve stuck with for the last few years are a big hit to me. The thing that takes most of my time is disc golf. It’s a lot of fun! I’ve played for a few years now, and I really enjoy it! Next to that I love to do theatre. I don’t think I have any hidden talents, not that I know of at least. Haha.

ΔWhat kind of music do you prefer to listen to, who is your biggest idol and who is your favourite band,
and what inspired YOU to do music?Δ
I listen to a lot of different music, but I’m a rock head at heart. My favourite band is Biffy Clyro from Scotland, and their vocalist Simon Neil is easily one of my idols. They have both hard and soft music, but it’s their melodies that hits, hits me, hits me hard (pun intended). There’s a lot of other artists and bands that I like. Muse, Ed Sheeran and Mumford & Sons for example. What inspired me to do music was a lot of things. Music has always been a big part of me, and when I was introduced to AC/DC and their guitarist Angus Young, I wanted to learn the guitar. When I was introduced to Muse I wanted to get better at singing and learn the piano. So, there’s a lot of people who’ve inspired me to develop.

ΔThree fun facts about meΔ
1.I’ve been a choir conductor.
2. I can barely see with my left eye.
3. I could eat tacos every day.

ΔOne fact about the band that people don’t knowΔ
The hand gesture/sign that we do in our concerts was mostly improvised by me during one of our concerts (having an earlier conversation with the bassist in mind). 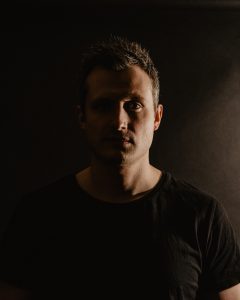 Hello, I’m Lasse Hennum. I was born in Drammen, Norway on October 24, 1985, and I live with my family in Lier where I also grew up. I’m the drummer and backing vocalist in the band. I compose and write the songs, and the ideas often come when I play the guitar or the piano. That’s why the voice recorder on my iPhone is my best technological friend, if I suddenly think of a beat, a guitar riff, or a vocal idea. Even though it sounds old, I also think I have some kind of a “father” role in the band. Once, one of the members said: “but we look at you as a father figure”. I hope that was in a positive sense, and not because I’m the oldest one in the group. I have played in several bands and projects since I was a kid, but nothing can be compared to Third Season.

ΔHobbies outside of music and hidden talent(s)Δ
I can play the guitar and the piano as well.
I have been training Martial Arts for many years.

ΔWhat kind of music do you prefer to listen to, who is your biggest idol and who is your favourite band,
and what inspired YOU to do music?Δ
I have a lot of people to look up to. The person who inspired me from the beginning was my father, who has also been a musician since he was young. On my fifth birthday, he bought me a real drum kit. My biggest drum idols are Jeff Porcaro and Simon Phillips, both former drummers in Toto. Other drummers that I look up to are Mike Portnoy (Dream Theater), Travis Barker (Blink 182), Luke Holland, Anika Nilles, Jared Falck (Drumeo) and Ricky Lawson (Michael Jackson, Whitney Houston etc.)

I listen to all types of music. The list is long, but here’s a few artists/groups: Destine, You Me at Six, All Time Low, Story of the Year, Thirty Seconds to Mars, Toto, Dire Straits, Michael Jackson, Eagles, Simon Phillips – Protocol, The Midnight.

ΔThree fun facts about meΔ
1. I’m stubborn and a perfectionist
2. I often go in my own “bubble” when I’m concentrating or have an idea.
3. One of my floor tom, the one with red drum hoops, is an old 16″ floor tom that I got from a friend of my father.
I have refurbished it, painted it, and put it on new drumheads.

Δ One fact about the band that people don’t knowΔ
We have a whiteboard in our studio where we write down different tasks that we have to do.

So, my name is Petter Diinhoff Dalsrud. I was born on May 14, 1989, and I’m from Sande in Vestfold, Norway. I was actually raised in the house where Third Season currently has its studio. My role in the band is to be a friendly, smiling, and steady bassist. I take part in composing songs as well. I’m always late, but never more than 25 minutes. I blame that on my mother who was late with my birth. I’ve been in the band since the start-up, and I love every moment I spend with the boys.

ΔHobbies outside of music and hidden talent(s)Δ
Outside the band, I’m actually in an accordion club. I played the accordion there until I started playing the bass. Now I play the bass both there and in the band. Outside of music I’m pretty busy with a family and house in Sande.. In the winter, I play bandy on ice (google it), drive a 4X4, and love the snow!

ΔWhat kind of music do you prefer to listen to, who is your biggest idol and who is your favourite band,
and what inspired YOU to do music?Δ
I listen to all genres. But my favourite band at the moment is either You Me At Six, Killswitch Engage or Blue October. According to Spotify, I have also played a lot of Bo Kaspers Orkestra. And on the top of my relaxation list is Oh Wonder.

ΔThree fun facts about youΔ
1. I love to make bonfires
2. I used to have an afro
3. I’m obsessed with good sound

ΔOne fact about the band that people don’t knowΔ
We are all at our happiest when we can do and fix things by ourselves. 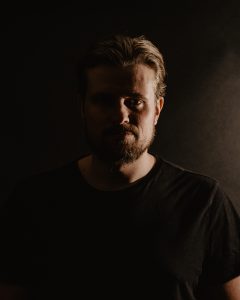 Hi, I’m Stian Hushovd. I was born on February 28, 1990, and grew up in Sande, the same town as Petter who is a long-time friend. In recent years I`ve been living in Oslo with my girlfriend and our cat. Besides being the new lead guitarist, my role in the band is being the guy with the bad jokes. I take it upon myself to try and lower the bar for what passes for a joke, as much as possible. A couple of years back I played rhythm guitar in a 70`s cover band for a short period, and I`m trained to be a music teacher for Norwegian primary and junior high school students.  I`m happy to now being able to help create original music with Third Season.

ΔHobbies outside of music and hidden talent(s)Δ
I love to play all kind of games and sports, and so my list of hobbies is quite long and ever growing. And my list of hidden talents equally short. Although, people have told me I might have a talent for misplacing my wallet and keys. Most often you can find me at the football field (soccer), at the local squash court or at home losing to my girlfriend at various board games. I used to compete in athletics, which might be the reason for my love of competitive activities.

ΔWhat kind of music do you prefer to listen to, who is your biggest idol and who is your favorite band,
and what inspired YOU to do music? Δ
I prefer to listen to whatever suits my mood at the time, that’s the short answer. I find that the older I get the more susceptible to different genres I become. I don’t want to restrict myself by saying “I like this or that kind of genre”. Instead, I just listen and focus on what makes the song what is, and sound like it does. To me, that’s what music is about. That being said, I do have my idols. Like many guitar enthusiasts, when I was first introduced to great players in the likes of Page, Hendrix and Clapton I immediately became a fan of their music and style of playing. They inspired me to start learning, along with my grandfather who was my first tutor.

ΔOne fact about the band that people don’t knowΔ
We practice and record in an old, renovated hen house.

This website uses cookies to improve your experience while you navigate through the website. Out of these, the cookies that are categorized as necessary are stored on your browser as they are essential for the working of basic functionalities of the website. We also use third-party cookies that help us analyze and understand how you use this website. These cookies will be stored in your browser only with your consent. You also have the option to opt-out of these cookies. But opting out of some of these cookies may affect your browsing experience.
Necessary Always Enabled
Necessary cookies are absolutely essential for the website to function properly. This category only includes cookies that ensures basic functionalities and security features of the website. These cookies do not store any personal information.
Non-necessary
Any cookies that may not be particularly necessary for the website to function and is used specifically to collect user personal data via analytics, ads, other embedded contents are termed as non-necessary cookies. It is mandatory to procure user consent prior to running these cookies on your website.
SAVE & ACCEPT